Taman Ayun Temple is located in the village of Mengwi,Badung,approximately 30 minutes driver or 20 km to tthe north of the city of Denpasar.Tama Ayun,whch means beautiful garden stood since the days of empire,precisely constructed in 1634 by the first king of the kingdom of Mengwi,I Gusti Agung Ngurah Made Agung Sakti or Tjokorda Blambangan. 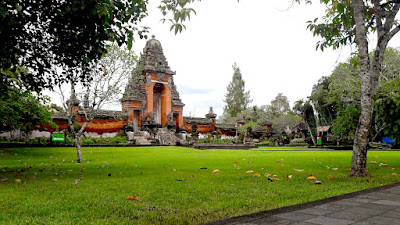 Taman Ayun Temple serve as a source of irrigation,Pura mother and unifying the community.Irrigation function indicated by the pools that surround the temple that used by farmer to be used as a sourse of irrigation,in which water pools were channeled to the rice fields around the temple.Mother Temple unifying fuctioin,indicated by the presence of the temple as a palce of worship for the people who have the same ancestral lineage ,so as to unite them as a big family.

Given the history of the establishment and its functions,it can be said Taman Ayun Temple is a combanation of natural beauty and springs,with the expertise of a king Tjokorda Way Blambangan successfully intergrate into a beautiful place as well as build an irrigation system for the prosperity of its people.A perfect harmony between man and nature that should be preserved.

Taman Ayun Temple is in order with the concept of the traditional Balinese garden surounded by an artificial rover with a variety of rare plant species typical of Bali.The beauty of the landscape coupled with the sacred building Meru overlap SOLAS ( the building with the roof of the fibers that accumulate above amounts to eleven ).Meru typify sthana believed to be a sacred palce of the gods. 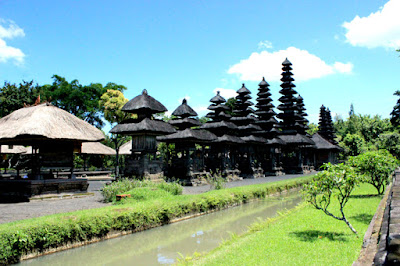 With a panoramic view of the beautiful water park empire,captivating also cool air,this palce is very attractive and suitable to serve as a spritual attraction,art and culture where tourists seemed to be in the heyday of the royal family.Taman Ayun is a true symbol of the nobility charm!
Posted by Gede Bali Driver at 5:04 PM No comments:

Hidden between two steeply cliff, Balangan beach is one of the beautiful beach of many beautiful beaches at the southern part of Bali island.Its location which is close to Dreamland beach and Uluwatu Temple so that it could be an alternative attractions you can visit. 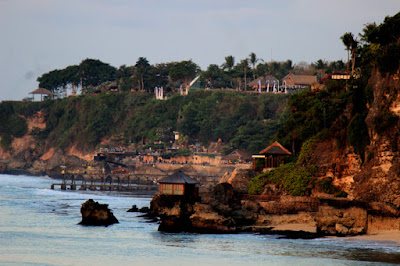 The entrance acces to the beach in the area of Pecatu  is not difficult because  stairs have been provided which are wide enough for tourists.The atmosphere is still very natural and it's cool,moreover it is not much visited tourists.For surfers,this beach is very famous  and a favorite spot for surfing,beside Dreamland beach.

Balangan beach with coastlime approximately 1 km long north faceing to north,so the activity of Ngurah rai International Airport is visible from here in the distance.In the eastern part bounded by high cliffs with indentations underneath because eroded by waves.In the western side,the shore is bounded by high cliffs filled with plants,especially palm tree,but it also contains some sort of cottages to enjoy the beaches from the heiht.The absorbing thing is when the sea condition is low tide from this beach we could lead to Dreamland Beach by wlaking along the west shore.
Posted by Gede Bali Driver at 3:20 PM No comments:

Jatiluwih rice terraces pretty much cover the region of the namesake upland village in West Bali, most famous for its landscapes that are both dramatic and truly exotic. The site is one of the island’s must-see natural panoramas on par with Mount Batur and the caldera of Kintamani. The cool highlands and the breathtaking scenery of this village at the foot of Mount Batukaru makes for wonderful photo opportunities, and serves as a soothing retreat away from the island’s crowded south. 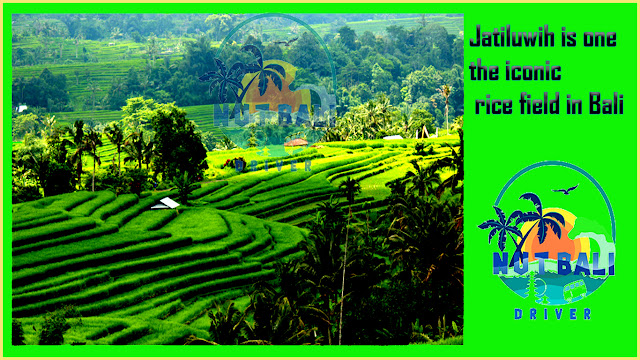 Posted by Gede Bali Driver at 10:34 PM No comments:

Sekumpul Waterfall is one of Bali’s most scenic natural attractions. The waterfall is actually a cluster of six to seven narrow cascades that form the centrepiece of a lush green bamboo forested valley. You can reach the falls on a nature trek through the namesake village of Sekumpul, which is located in upland region of the Buleleng regency in North Bali. The village is within an hour’s drive southeast from Lovina Beach. 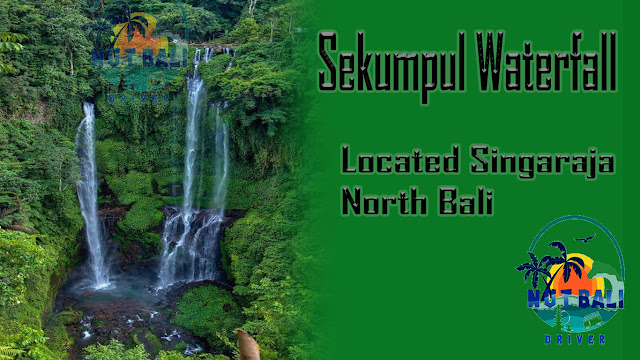 Posted by Gede Bali Driver at 5:26 AM No comments:

Melasti ceremony is purification ritual before the silent day of Bali (Nyepi). They held this ritual in the sea. This ritual has an aim to erase all the bad thing and bad karma from human and then they throw it to the ocean. Balinese Hindu believe that sea or ocean is considered as the source of life. Melasti ceremony not only for human purification, it purify the sacred thing from temple too. 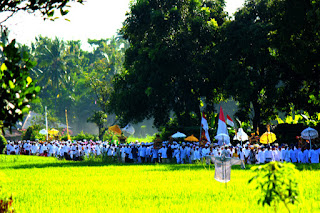 Melasti is yadnya ceremony which is aimed to purify oneself spiritually and physically,namely,by enhancing the serenity of mind,the procession to purify the universe is symbolized by serving the offering to the sea and purification to all statue,Pratima,Nyasa,Pralinnga symbol or sthana(shrine) of Ida Sang Hyang Widi Wasa,God Almighty in all his manifestations.

Melasti which is also call Melis or Mekiis is done three days before Nyepi Holidays which is aimed to remove all kinds of defilement thought,words and deeds,as well as to abtain holy water (angemet tirta amerta) for life.Melasti can be done at the sea,lakes,and purified water spring.

Posted by Gede Bali Driver at 5:58 AM No comments:

Posted by Gede Bali Driver at 5:50 PM No comments: