Karangasem
Karangasem has so much potential to support the development of its tourism industry.its rich natural settings with mountains,hills,rivers,lush rice fields and lovely beaches abound with the unique daily life of the people and their culture make Karangasem worth to visit.
The regency of Karangasem is one of nine regencies in Bali situated in the eastern part of Bali,coveringnan area of 839,54 sq.kilometers and bordered at the east by Lombok Strait and to the west by Klungkung,Bangli,and Buleleng Regencies.Karangasem itself consists of eight districts named : Karangasem,Manggis,Rendang,Selat,Sidemen,Bebandem,Abang,And Kubu district.Karangasem has an axtraordinary variety of scenic landscape.low and high mountain ranges intermingle with upland remains,and the traditional “Bali Aga” village with their way of life make Karangasem worth visiting.
It is very easy to reach all of the interesting places in Karangasem which are supported by fairly good road conditions,facilities the same at hotels,restaurant,money changers,souvenir shops and others which oen would expect in a tourist environment.
Precisely,Karangasem Regency is located between 80 00’00”-8041’37,8”southlatitude and 115035’9,’9”-115054’8,9” east longitude.The total land surface of this regency is 83.954 Hectare and covers 3 administrative villages,68 traditional villages,52 community groups,and 526 smaller community groups called “Dusun”
The population registration,taken place in 2003,reported that the total population of Karangasem Regency is approximately 388.320 people,consisting of 193.518 men and 194802 women.People of Karanasem make their living in various ways,some are farmer,fishermen,traders,crafsmen,and even active in the tourism field.People in majority are hindu followers who live a very religious life,thus ritual activities can be seen almost everyday in this area.
Karangasem regency is an area with tropical climate which experiences 2 different seasons of dry season ( April-October )and wet season ( Nopember-March).The largest rainfalls in on October,which is in 166 days,with the average rainfall of 182 mm.Its plantations and animal population are grouped in tropical species.
Posted by Gede Bali Driver at 6:34 PM No comments: 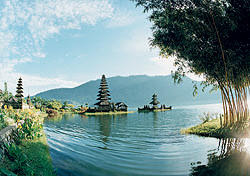 It amazing trip to the north of Bali,by visiting Ulundanu Temple at the lake Bratan.Next to Gitgit waterfall while along your journey you will be witnessing clove and coffe plantation at the hill.Then drive down to Banjar Village famous for it’s hot spring water and Buddish Temple.You may take bath in warm spring water Lunch will be serve at Lovina Beach.after lunch we drive back via Pupuan Village for it’s beautiful rice terraces.
Posted by Gede Bali Driver at 5:04 PM No comments: 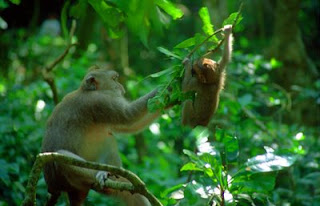